Clairvoyance, Visions, and Predicting the Future 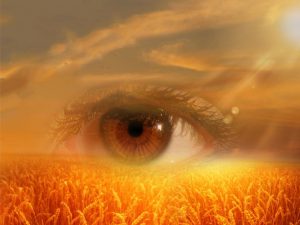 You may think that a clairvoyant is somebody who foretells the future and experiences intense third-eye visions. But if that’s what you think, you’re mistaken. That would be more than a little scary, as well as a bit dramatic!

Clairvoyants don’t always experience third-eye visions. It isn’t really that dramatic. Some people see visions they describe as similar to watching movies in their minds. Others may just see still images in their mind’s eye.

For example, let’s imagine a woman has come to me for a reading. She tells me she’s getting married in a few months. I might not “see” her walking down an aisle, but I may see images that symbolize weddings to me, such as a ring, a bouquet of white flowers, or a church. Other clairvoyants may see different things, such as other images that symbolize weddings to them. Or, they may actually perceive an image of the woman walking down an aisle.

“Psychic” and “clairvoyant” do not mean the same thing. Over the years, people have been using these words interchangeably more frequently, but they simply aren’t the same. This is just one of many common misconceptions about psychics.

Clairvoyance is sometimes called “third-eye vision.” The third eye is a center of spiritual energy that is located on the forehead, between the eyebrows. When people experience a third-eye vision, they’re seen in this area, which is also called the mind’s eye, so named because the visions are being perceived in the mind.

It’s absolutely possible for people to open their third eye. The best way to do this is to practice meditation and visualization. To get started, all you need is a simple meditation focused on opening the third eye. You don’t need to be a professional psychic to try it out and have fun!

It’s a very subtle experience to have a vision. It may not even feel real. The experience is often described as viewing their own personal television. They’re able to perceive moving images in their heads, in their mind’s eye. Other people only see a still image.

I’ve experienced visions of both types. It seems to depend on what I’m doing, or on the type of reading I’m giving. I will sometimes see moving pictures, which is lots of fun. Sometimes I see only still images. It’s important to note that the images clairvoyants see are not always literal; often, they’re symbolic. I’ve experienced both types at different times.

Visions of the future are not entirely out of the realm of possibility, though. One fellow clairvoyant told me about seeing what she described as a “psychic flash” mere moments before she was involved in a car accident. Thankfully, everybody involved was okay.

Third-eye visions are not much like what’s shown in movies and on TV shows. Have you ever seen a show or a movie in which a psychic sees intense visions of a future event, or finds a missing person as instructed in a vision? I’ve seen these depictions, too. They always make me think, “I wish it actually was that easy!” But it isn’t. Things always appear so crystal-clear in fiction. However, in real life, there’s often a lot more symbolism, and the experience is far more subtle.

To sum up, here’s a handy-dandy little myth-busting “cheat sheet” for you!

Myth: “Psychic” and “clairvoyant” both mean the same thing. Fact: All clairvoyants are psychic, but not all psychics are clairvoyant.

So, there it is! Now when somebody asks you what a clairvoyant is, you’ll have answers for all of the questions!

Clairvoyance Psychic Blog Moderator
Previous Is past life regression proof that there’s life after death?
Next Ending a Love Triangle 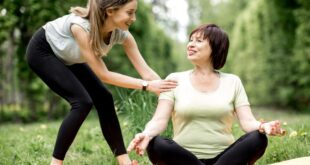 Positive Mantras to Help You Meditate